We are now in holiday mode, so shipping may be delayed.
Back on 24th January 2022 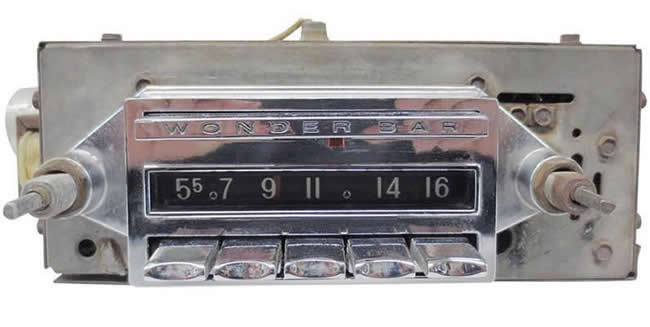 The original Wonderbar radio (introduced by General Motors in the late 1940s) was the one of the first car radios that could automatically seek to the next strongest station. The auto-seek worked quite differently than modern radios do today, but the idea is the same – the radio would auto-seek to the next strong station. The driver could adjust the desired fidelity setting for the auto-seek to a higher or lower strength signal by turning the sensitivity knob. After setting the signal strength, the driver would simply press the Wonder Bar, causing the radio to automatically tune up to the first station that came in clearly above the selected signal strength. Pressing the Wonder Bar again would seek forward again to the next available station – and so on.

Most radios nowadays have auto-seek, and most people don't even realize that there was a time when auto-seek did not exist. Modern radios can seek forward and backward, and they don't require the user adjusting a signal strength sensitivity setting in order for the radio to properly seek. The Wonderbar radio was a revolutionary design in its era and paved the way for more advanced forms of auto-seek. These radios are becoming more and more scarce, and they are so limited in functionality that many people opt to install more modern radios into their classics. There are few options available for people who would like to upgrade their radio, and for many years the only option was to cut out a rectangle in the dash and install an ugly modern radio that did not match the timeless look of these classic cars. RetroSound has developed another option. 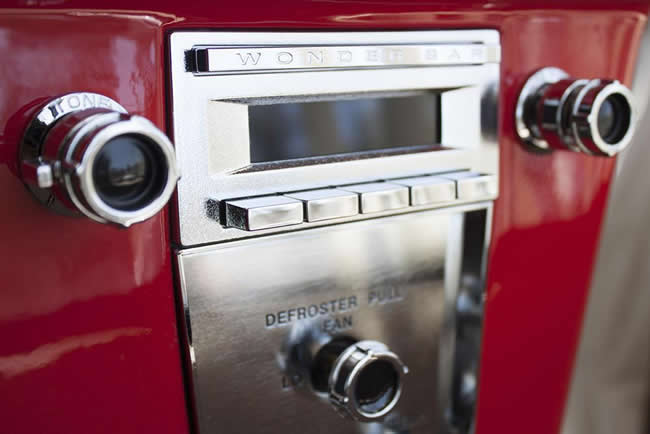 On the surface, it seems to operate similarly to the original. But this is a full-featured modern radio complete with modern electronics. Unlike the original, the Wonder Bar on RetroSound's radio can seek forward or backward depending on which side of the Wonder Bar the driver presses – press it on the left, and it seeks backward; press it on the right to seek forward. The Wonder Bar also controls MP3s and streaming audio playing via Bluetooth, USB or from your Apple device – pressing the Wonder Bar on the left side reverses and skips backward, while pressing on the right side fast forwards and skips forward.

RetroSound Wonderbar Radio WB1
$688.00 each
Quantity in Basket: none

RetroSound Wonderbar Radio WB3
$688.00 each
Quantity in Basket: none