Our Price:
$175.00 each
Price includes 10% GST.
Tax deducted at checkout for overseas shipments.

ViseeO Tune2Air WMA2000 Wireless Audio Streaming for Bluetooth Devices - Connects your car's "USB for iPod" connection to give you wireless playback via Bluetooth.

IMPORTANT: Check for Compatibility in Car Systems:
To check compatibility, just use an iPod or iPhone (best tested with the device with the 30 pin connector) to connect with your USB iPod system with your original USB cable. If it works correctly and the playlist is displayed on car screen, then the tune2air WMA2000 should work in your car. (Not compatible with 2015 Nissan Pathfinder).

IMPORTANT: if you have a USB connector in your car and next to it there is also a AUX-IN port (3.5mm socket), the WMA2000 will NOT work!

The playback device (such as Apple, Android, Windows 8 phones etc) does not have to be plugged into your system, in fact this is a great solution for the latest generation with the new Lightning connector, no adapter is needed, or for other phone systems (some limits on functionality for non-Apple devices)! Most audio you can play on your phone can be sent to the WMA2000 by Bluetooth, such as song, or online services like Internet radio.

Once the Tune2Air WMA-2000 is installed and paired with your phone, your head unit will be able to communicate with your phone. It work just like your original system connection except it uses wireless technology to communicate with your iPhone or iPod touch to read and display the entire music library from your beloved Apple devices. Thanks to the latest Bluetooth technology tune2air is able to show the song title and track ID on your original in-car display. (Some limits on functionality for non-Apple devices; function also dependant on the in-car system.)

The WMA2000 Tune2air also works with major brands of Android phones and Windows 8 / 10 phones; as well as a number of 3rd party music apps such as Spotify and Pandora. Please note that this will stream music without the track information and music library list and will only work on certain types of head units only.

Tested Systems (more may be possible, see details for compatibility check above): 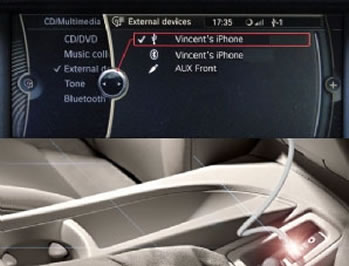 Simple connection from the Tune2Air WMA2000 to your car's USB connection (extension cable not included). 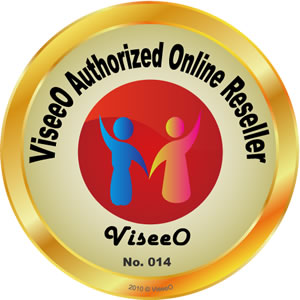