Our Price:
$695.00 per pair without cabinets
Price includes 10% GST.
Tax deducted at checkout for overseas shipments. 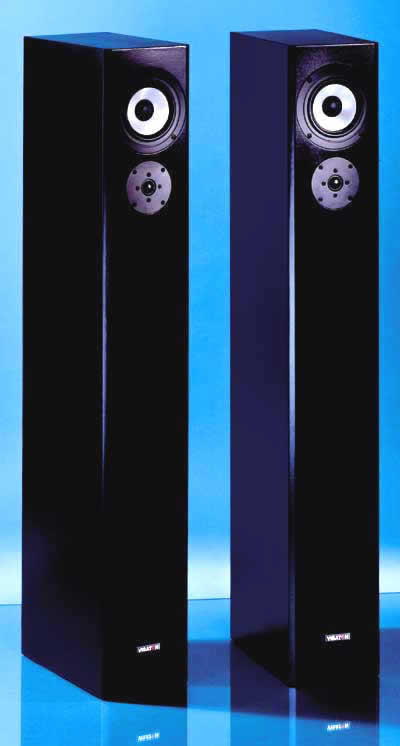 Characteristics and Sound Properties
There are plenty of transmission line fans among the speaker-building fraternity. HOBBY HiFi recently developed a super-slim speaker with a folded transmission line (TML). The VIB 130 TL cabinet suggestion is based on that idea and uses an AL 130 - 8 Ohm and a G 20 SC - 8 Ohm.

This speaker cabinet works on the basis of an organ pipe. At one end is the driver while the other end is open. Certain frequencies generate resonance which causes particularly powerful sound reproduction at the open end. The longer this tunnel, the lower the frequency.

In order to make use of this principle for low frequencies, a length of several metres would be necessary which is only possible by "folding" the transmission line tunnel twice within the cabinet to achieve convenient dimensions, as integrated in the VIB 130 TL. Apart from the intentional low frequency resonance, TML's also generate interference resonance at higher frequencies. It is only by damping the space very carefully that the desired results can be achieved.

Two internal Helmholtz resonators are in use directly behind the woofer as sound absorbers and, in conjunction with the extremely carefully positioned damping material, will ensure that the frequency response is kept beautifully smooth.

VIB 130 TL solves the problem of reproducing low-frequency bass in small rooms where the speakers have to be positioned close to walls. A distance of 10 cm is perfectly adequate.

Real deep bass is not to be confused with disco bass, which one tends to feel through the stomach rather than hear. Deep bass is soft, smooth yet powerful. However, in order to produce such power with small speakers, there has to be a trade-off with the sound pressure. As a result, the efficiency of the VIB 130 TL is relatively low but still well able to cope with normal conditions. This is counterbalanced to a large extent by the extensive frequency response. The cleanliness of the sound picture produced is remarkable with well-placed spatial locations, especially when positioned near a wall. The 20 mm G 20 SC - 8 Ohm tweeter guarantees crystal-clear, lively high-frequency reproduction and provides a smooth upper end to the range. 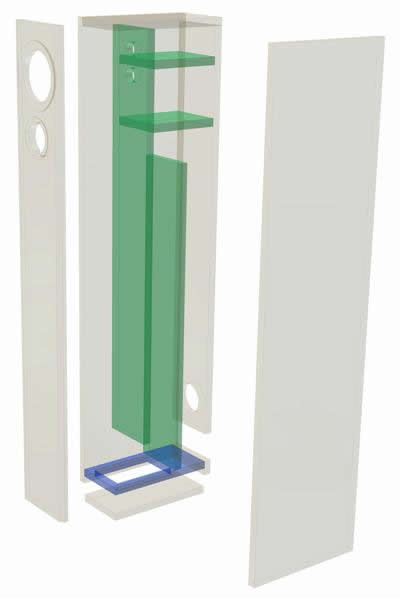 Assembly
Simply glue the boards together (butt-jointed) as shown in the parts list. The base alone remains removable. The crossover is attached to the base later. The damping material can be inserted through the opening in the base of the cabinet. Before gluing the boards together, cut the two 35 mm openings in the front separating wall, which will accommodate the bass reflex tubes later by passing them through the speaker driver cut-outs.

In order to pass through the cable from the crossover to the ST 77 terminal unit, it makes sense to drill an 8 mm hole in the rear separating wall directly in line with the cut-out for the terminal unit.

Internal Damping
Two mats of damping material are required. Cut these in half lengthways first. Cut one of these into eight equally sized pieces. Four of these are placed through the loudspeaker opening and four through the BR 6.8 bass reflex tube to make internal absorbers. This is best done with a rod. Place two of the remaining large pieces through the opening in the base into the front part of the TML and one piece into the central part, as shown in the illustration further below. The rear part does not need damping.