Our Price:
$130.00 each
Price includes 10% GST.
Tax deducted at checkout for overseas shipments.

The Invery airdual 300A is a plug-and-play wireless Bluetooth music adapter designed for original Audi, Mercedes and VW factory fitted Music Connection kits. Instead of manually plugging your Bluetooth device into the connector every time you enter the car, you instead connect our device via the built in integration cable. Streams music from Android, Apple and Windows devices. Most audio you can play on your phone can be sent to it by Bluetooth, such as music, or online services like Internet radio, Pandora, Spotify, podcast, YouTube, iTunes, Google Play and the like.

Will the Invery airdual 300A Work with My Mercedes, Audi or VW?

Compatible with the the following original multimedia ports for iPod options (see photos below):

* Not compatible with 2009 or earlier Audi cars which have the MMI 2G system. In this case, you need to use the Invery 100 and the optional Audi, VW cable 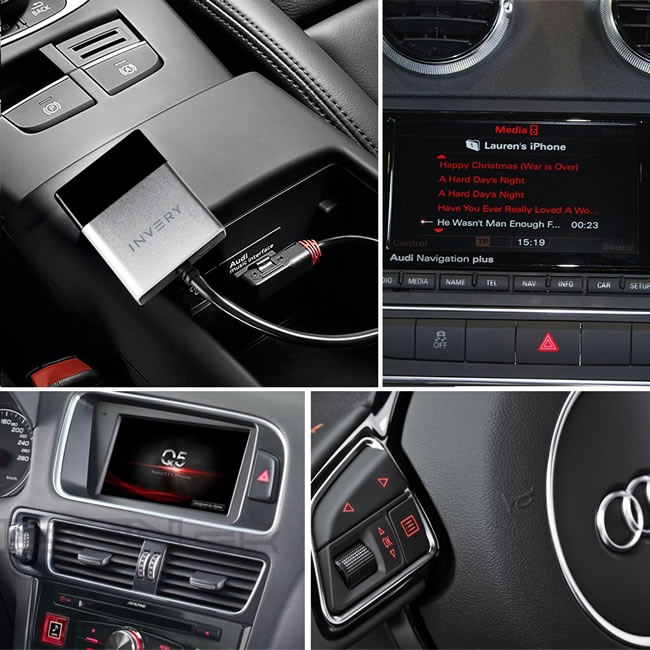 Example of the Invery airdual 300A fitted into an Audi.

Audi example of the Music Interface where the AMI / MMI cable connects to. 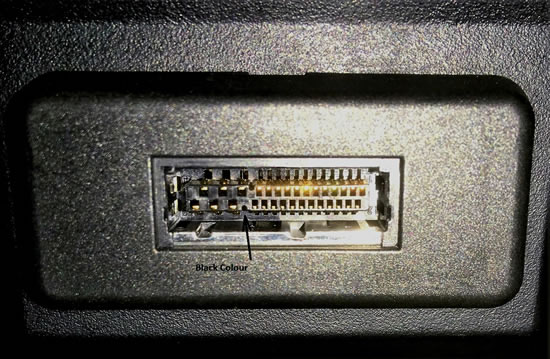 Mercedes-Benz example of the Music Interface where the AMI / MMI cable connects to - black connector only. 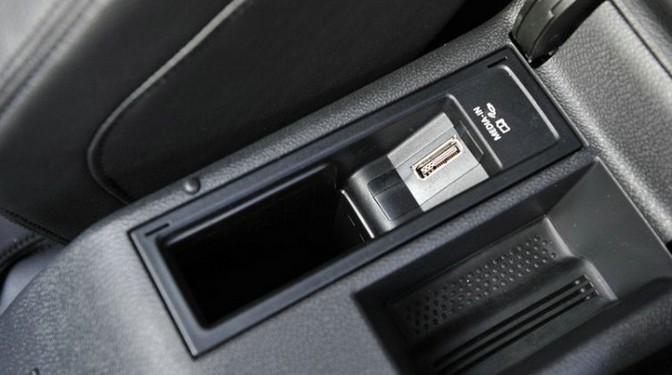 VW example of the Music Interface where the AMI / MMI cable connects to.