If you have a Bluetooth enabled mobile phone and a Mercedes Benz with the correct connection the ViseeO MBU-3000+ will allow your mobile phone to work with the in-car system. This includes all the latest smart phones including Apple iPhones 3G, 3GS, 4, 4S, 5, 5C, 5S, 6 (all iPhones), Blackberry, HTC, Samsung Galaxy SII, Sony, Samsung S3, S4, S5, S6 (all Samsung phones), Nokia, Lumia, Windows Phone and Android phones to name a few and many others. In fact, virtually any Bluetooth phone will work! Call us if you have any doubts.

Specifically designed for Mercedes Benz, the Viseeo MBU-3000+ connects into the cradle in the car - SEE PICTURES BELOW. This can be any Mercedes Benz from about 1999 onwards. In some instances the car will have no cradle instead only a UHI connection or a UHI connection under a cradle this can be any time from about 2003 onwards but most started from 2005 onwards in which case you will need the ViseeO MB-4+.

Previously you either had to use the original Nokia mobile phones which are now quite old and hard to obtain or not use it at all. With this system, you can use your current and future Bluetooth enabled cell / mobile phones with ease. Up to four phones can be paired to the system and even the phonebook is synchronised for many phones where possible. Steering wheel controls and / or the radio head unit can be used to make or receive calls and for cars with the Comand navigation system, the details of the calls can be viewed on-screen. 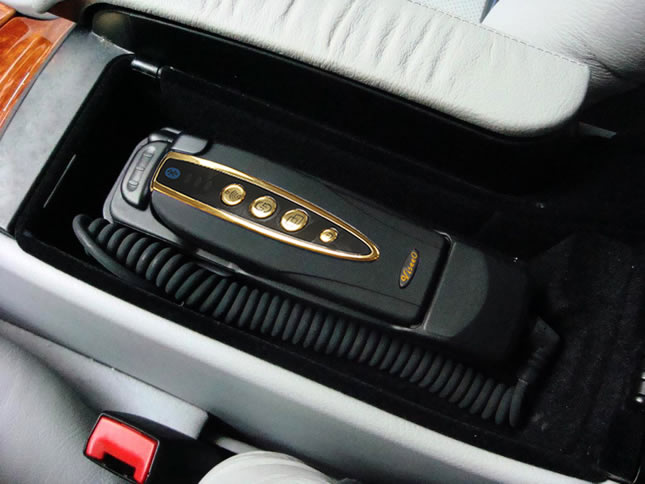 Once installed, the MBU3000+ Bluetooth phone interface is very easy to use. In fact you virtually have to do nothing as it will connect automatically when you turn the car on and calls are routed via the module to the car's audio system. Simply press the answer button on the steering wheel or radio / navigation unit and the call will be answered. Do the same to turn the volume up or down. Hang up too! Caller ID is also possible on the screen where available. You can even leave your phone in your pocket, handbag or briefcase.

Access the phone book (where possible) on the car's display and select who you want to call, it is that easy! With police clamping down on mobile phone use in cars these days, this interface can save you money and make you journey a lot safer. Need to talk privately to someone? (Some of these features are dependant on the exact system fitted to your Benz and the mobile itself.)

Some other systems on the market suffer from echo, a common complaint and very annoying, especially to the person on the other end of the phone call. This system has a special feature which allows you to actually adjust the microphone level hence virtually cut the echo out completely! The sound quality is extremely good and one of the best obtainable with a hands-free car phone system. You can also pair up to four mobile phones; each can have its own phone book where possible and those contacts are kept only for that phone, no-one else can access them without your phone.

Suitable Mercedes Benz Cars for the MBU-3000+ Bluetooth Phone Interface (Some variation occurs with dates):
Find you car and cradle below - our module will simply plug in! 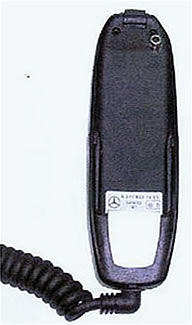